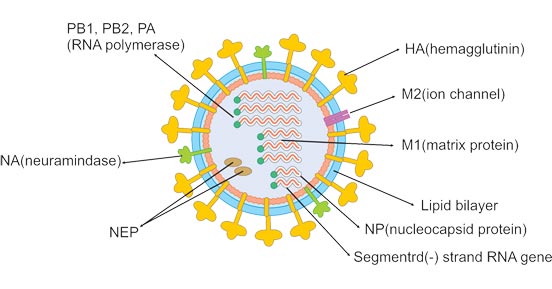 Crossing an attenuated strain of influenza B virus recombinants (B/Leningrad/14/17/55) subjected to low-temperature passage with a virulent strain of influenza B virus (B/England/2608/76) produced recombinants. similar in the antigenic specificity of their hemagglutinin (HA) and neuraminidase (NA) to strain B/England/2608/76, but possessing a similar RCT37.5 marker to the attenuated donor.

Analysis of the genome composition of 2 recombinants has shown that they inherited the genes encoding the P(1, 2, 3) and M(7) proteins from the attenuated parent, but the genes encoding the HA(4), NA (6), NP (5), and NS (8) virulent parent proteins. All recombinants were shown to be reactogenic for adult volunteers without pre-existing antibodies against the corresponding HA (less than or equal to 8); however, they had reduced immunogenicity compared to the parent viruses.

CDC follows an internationally accepted naming convention for influenza viruses. This convention was accepted by the WHO in 1979 and published in February 1980 in the Bulletin of the World Health Organization, 58(4):585-591 (1980). The approach uses the following components:

2. The host of origin (for example, pigs, horses, chickens, etc.). For viruses of human origin, no designation of host origin is given. Consider the following examples:

7. The 2009 pandemic virus was given a different name: A(H1N1)pdm09 to distinguish it from seasonal influenza A(H1N1) viruses that were circulating before the pandemic.

8. When humans are infected with influenza viruses that normally circulate in pigs, these viruses are called variant viruses and are designated by the letter “v” (eg, an A(H3N2)v virus). 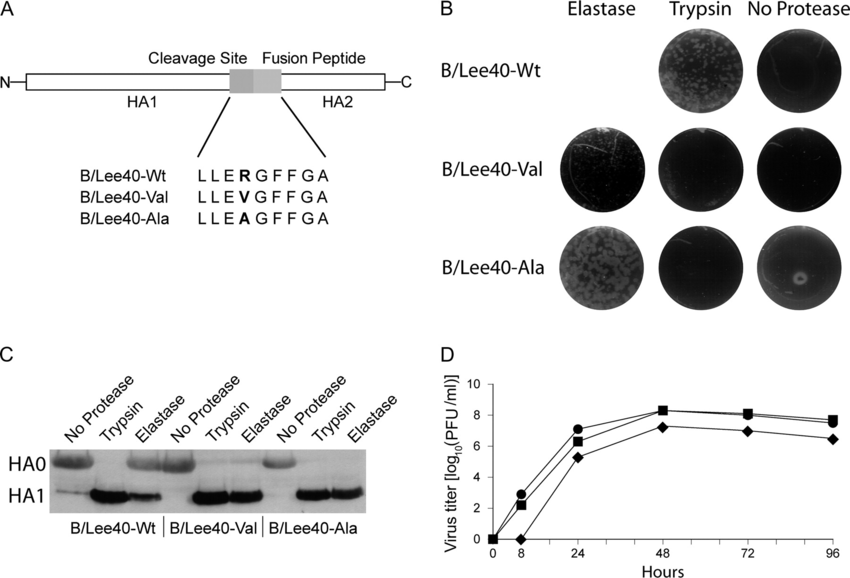